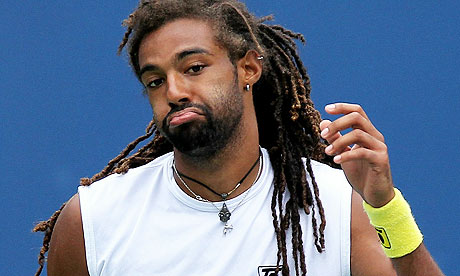 There was a shock on day one of Qualifying when men's top seed Dustin Brown suffered a disappointing 46 26 defeat to Bosnia’s Damir Dzumhur. Brown who have had a good lead up to this tournament by reaching the quarter-finals in Qatar last week only produced 52% of first serves in as well as only taking 2/7 break points. It just wasn't to be his day today. Other seeds to go include 11th seed Marc Gicquel who after a good frist set faded away to a 67 61 61 defeat to Jan Hernaych. Diego Sebastian was another who lost in a close three setter against Chinas Ze Zhang. The most prominant fact from this match is despite Zhang's win (36 75 64) he still produced 70 unforced errors compared to the Argentinian with just 37. There was however better news for britain with Dans Evans easily into the next round with a 61 62 win over Huang Liang-Chi. Some other winners (so far) include Pere Riba (9), Denis Kudla (4) and Peter Polansky. There is still matches going on now and can be watch live on the following link:-


Posted by adamaddicott at 1:21 AM

The photos used in this blog is from numerouse sources but none are own by Tennisbanter.

Tennis Banter - News for the tennis fans in the world